My wife and I came to The Haven three years after we took the decision to go ahead with a termination. I say that ‘we’ took the decision; however, it is more accurate to say that she went along with a decision that I made. Once the ball was rolling, I stopped listening; my wife was still trying to talk to me about it in various ways, but I thought this was just doubt about the decision, I didn’t realise the importance of what she was trying to say.

It was not a decision taken without thought: the impact on our family, the children we already had, and wider family members’ feelings all made up part of the thinking. I thought that it would be ‘hard’ for my wife for a while, but that things would become better again. This was only the start of our journey.

Directly after the termination my wife seemed emotionally cut off; from me, our children, from everything. She said she wanted to run away, and that she could not believe that she had done something so awful. It felt like there was an impenetrable wall between us and no matter how much I tried, I could not move it, get round it or knock it down. 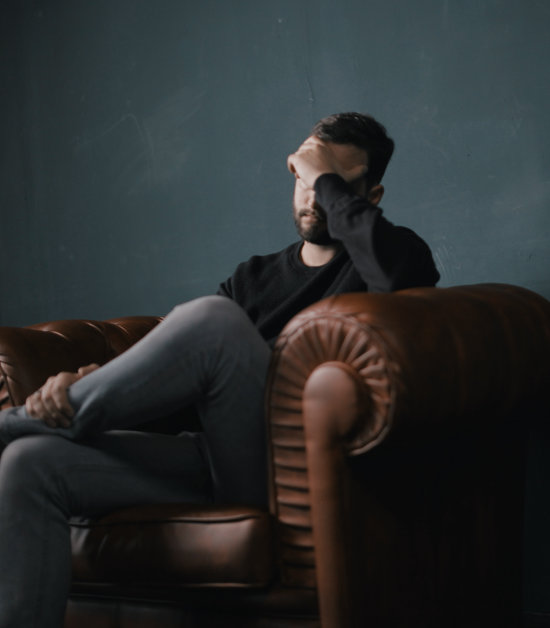 Over time things improved in the emotional connection between my wife and our children. It was a great relief, and I thought it was the start of everything getting back to normal. It was not; nor was it the beginning of the end. In fact it was only the beginning of a very difficult time for my wife, me, our relationship, and our relationships with others.

It wasn’t until a while after the termination that I realised the gravity of the situation. Seeing other people with babies, people talking about having children, all served as a reminder of the baby we never had.

It is easy to say now that I was not helping the situation but at the time my head was buried in the sand, trying to suppress the conversation at times, and at others trying to sledgehammer the wall between us in the most unhelpful and, in hindsight, damaging ways. I wished it would go away so I didn’t need to deal with it, but it didn’t; it was always there eating away at us, often the source of disagreements and arguments, and when it wasn’t the source, it wouldn’t be long until we arrived back at it. I came up with all sorts of other reasons she was acting the way she was, none of which was the right one.

It took three years before we both arrived in a mental place to deal with it and found the right people to see.

We had an initial consultation at The Haven and both felt comfortable with the advisor. She asked whether it would just be my wife attending the sessions, or whether both of us would go through the process (even though this was not usual). We agreed that both of us should go because it was something that we both decided and went through, and it wouldn’t feel right any other way. The advisor was really accommodating but did tell us that if there were wider issues with our relationship then she would need to refer us on, as this is not their area of expertise.

This is a really important part for me; going together was paramount to my wife and me, but it wasn’t easy. We had to hear things with open ears and be able to say things just as openly. However, The Haven was a safe space in many ways. Previous to going we would snatch times to have conversations when our kids were in bed, late at night, sometimes after a drink, never really being able to get across what we felt, or more importantly listen to what the other person was saying.

The Haven took us through a process that let us each tell our story and express our emotions and memories. We dissected what was happening at the time, what our expectations of that decision were versus the reality of where we were. It led us to explore who we are as people, what we believe in, and the incongruence between these and our thoughts around the termination.

There is a world unseen, a hurt and silent community, unable to come to terms with their own decision. A group of people who took a decision which conflicts with their inner sense of self and their values. The Haven took us to a place of peace in ourselves and acceptance of our decision. It was not an easy road, but it certainly was worth it for us as a couple, and for our whole family.

There are many things that I would say to myself if I could go back, knowing what I know now. Unfortunately, you cannot go back, only forwards. The Haven provided that forwards.